What's
Next is a weekly meme hosted by Icey Books that helps
bloggers
decide on their next book to read so what you do is
pick
3-5 books you thinking of reading and let others make
the
choice for you. 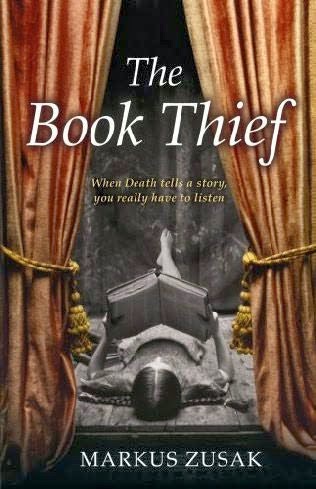 It
is 1939. Nazi Germany. The country is holding its breath. Death has
never been busier, and will become busier still.

Liesel
Meminger is a foster girl living outside of Munich, who scratches out
a meager existence for herself by stealing when she encounters
something she can’t resist–books. With the help of her
accordion-playing foster father, she learns to read and shares her
stolen books with her neighbors during bombing raids as well as with
the Jewish man hidden in her basement. 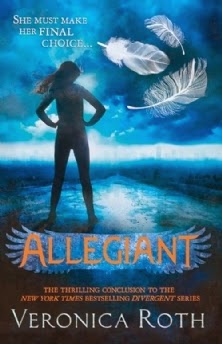 The
faction-based society that Tris Prior once believed in is
shattered—fractured by violence and power struggles and scarred by
loss and betrayal. So when offered a chance to explore the world past
the limits she’s known, Tris is ready. Perhaps beyond the fence,
she and Tobias will find a simple new life together, free from
complicated lies, tangled loyalties, and painful memories.

But
Tris’s new reality is even more alarming than the one she left
behind. Old discoveries are quickly rendered meaningless. Explosive
new truths change the hearts of those she loves. And once again, Tris
must battle to comprehend the complexities of human nature—and of
herself—while facing impossible choices about courage, allegiance,
sacrifice, and love.
Told
from a riveting dual perspective, Allegiant, by #1 New York Times
best-selling author Veronica Roth, brings the Divergent series to a
powerful conclusion while revealing the secrets of the dystopian
world that has captivated millions of readers in Divergent and
Insurgent. 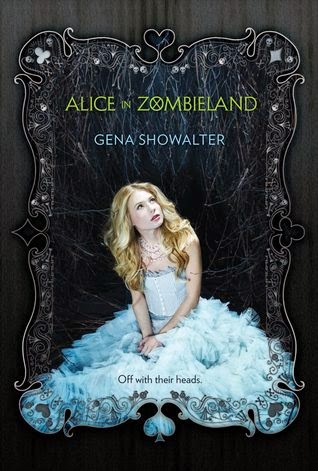 She
won’t rest until she’s sent every walking corpse back to its
grave. Forever.

Had
anyone told Alice Bell that her entire life would change course
between one heartbeat and the next, she would have laughed. From
blissful to tragic, innocent to ruined? Please. But that’s all it
took. One heartbeat. A blink, a breath, a second, and everything she
knew and loved was gone.

Her father was right. The monsters
are real….

To avenge her family, Ali must learn to fight the
undead. To survive, she must learn to trust the baddest of the bad
boys, Cole Holland. But Cole has secrets of his own, and if Ali isn’t
careful, those secrets might just prove to be more dangerous than the
zombies….

I
wish I could go back and do a thousand things differently.
I'd
tell my sister no.
I'd never beg my mother to talk to my dad.
I'd
zip my lips and swallow those hateful words.
Or, barring all of
that, I'd hug my sister, my mom and my dad one last time.
I'd tell
them I love them.
I wish... Yeah, I wish. 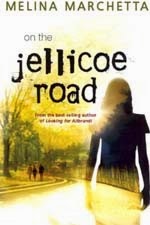 I'm
dreaming of the boy in the tree. I tell him stories. About the
Jellicoe School and the Townies and the Cadets from a school in
Sydney. I tell him about the war between us for territory. And I tell
him about Hannah, who lives in the unfinished house by the river.
Hannah, who is too young to be hiding away from the world. Hannah,
who found me on the Jellicoe Road six years ago.

Taylor
is leader of the boarders at the Jellicoe School. She has to keep the
upper hand in the territory wars and deal with Jonah Griggs - the
enigmatic leader of the cadets, and someone she thought she would
never see again.

And now Hannah, the person Taylor had come to
rely on, has disappeared. Taylor's only clue is a manuscript about
five kids who lived in Jellicoe eighteen years ago. She needs to find
out more, but this means confronting her own story, making sense of
her strange, recurring dream, and finding her mother - who abandoned
her on the Jellicoe Road.

So which book should I start reading?