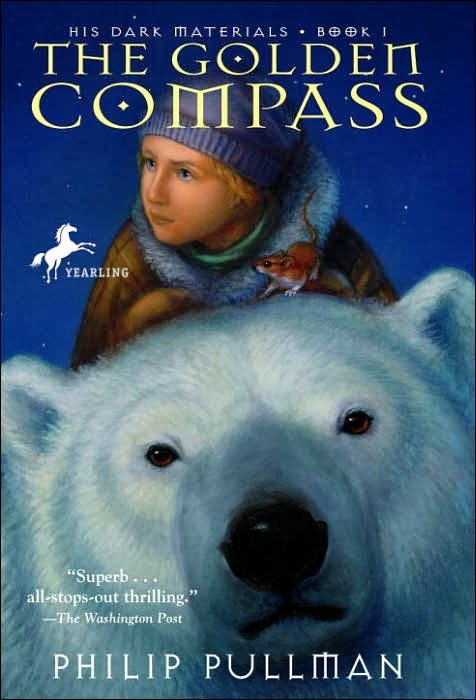 In the United States, William Donohue, president of the ultraconservative Catholic League, called for a boycott of the film and the books of the trilogy.
The league felt that if children could not see the film, they would not be enticed to read the trilogy, which a league spokesperson described as "a candy-coated message of atheism."
The league sent out pamphlets to hundreds of groups, ranging from Roman Catholic bishops to Protestant and Muslim organizations, as well as to Catholic schools around the country, urging them to pull The Golden Compass and its companion volumes from their shelves.

This campaign met with success. In 2007, according to the American Library Association, The Golden Compass was the fourth most-challenged book in the U.S, with reports of 420 formally submitted complaints to libraries or schools asking for the book's removal, and in 2008, the His Dark Materials trilogy was listed second on the ALA's list.
In some cases, the volumes remained on the shelves; in others, the books were removed but later returned; and in yet other cases, such as at a Christian school library in Montrose, Texas, use of The Golden Compass was permanently discontinued, even though it had been on the school's eighth-grade recommended reading list for 10 years,

The Golden Compass was also target in Canada. The Catholic School Board of Ontario's Halton district removed it from circulation on the strength of one anonymous complaint that the book was "written by an atheist where the characters and text are anti-God, anti-Catholic, and anti-religion."