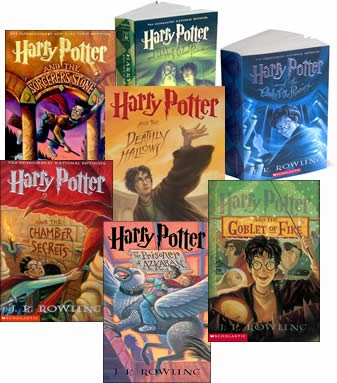 The first legal challenge to a ban on Potter books came in July 2002,
when a student and her parents sued the Cedarville, Arkansas, school board.
It had restricted access to the books in school libraries by placing them in a
section that was off limits to students unless they had their parent's permission,
overruling a unanimous decision by the district's library committee to
allow unrestricted access.The board acted in response to a parent's complaint
that the books show "that there are 'good witches' and 'good magic' and that
they teach 'parents/teachers/rules are stupid and something to be ignored.'"
The complaining parent said in court depositions that she became concerned
about children's exposure to Harry Potter after hearing anti-Potter sermons
by the pastor of the Uniontown Assembly of God church, who was also a
member of the Cedarville school board.

In an interview with the Baltimore Sun in 2000, Rowling commented on
the attempts to keep Harry Potter out of the hands of schoolchildren: "I think
it's shortsighted in the sense that is very hard to portray goodness without
showing what the reverse is and showing how brave it is to resist that. You
find magic, witchcraft, and wizardy in all sorts of classic children's books.
Where do you stop? Are you going to stop at The Wizard of Oz? Are you
going to stop at C.S. Lewis? The talking animals in Wind in the Willows?"

During 2001-03, the Potter books were publicily burned or shredded
by fundamentalist church groups in the United States in Butler County,
Pennsylvania; Lewiston, Maine; Alamogordo, New Mexico; and Greenville,
Michigan. Harry Potter books have also been banished from some Christian
religious schools in the United States, as well as in Australia, Britain, and
Sweden.
Although a few U.S. Catholic schools banned the books, the Vatican
informally approved them.